Undeniably one of the most obscure and unusual 'wars' in history, this is the story of how the killing of an escaped pig almost caused a war between the United States and Britain.

‘The Pig War’ is perhaps one of the most obscure and unusual wars in history. The story begins back in 1846 when the Oregon Treaty was signed between the US and Britain. The treaty aimed to put to rest a long standing border dispute between the US and British North America (later to be Canada), specifically relating to the land between the Rocky Mountains and the Pacific coastline.

The Oregon Treaty stated that the US / British American border be drawn at the 49th parallel, a division which remains to this day. Although this all sounds rather straightforward, the situation because slightly more complicated when it came to a set of islands situated to the south-west of Vancouver. Around this region the treaty stated that the border be through ‘the middle of the channel separating the continent from Vancouver’s Island.’ As you can see from the map below, simply drawing a line through the middle of the channel was always going to be difficult due to the awkward positioning of the islands. 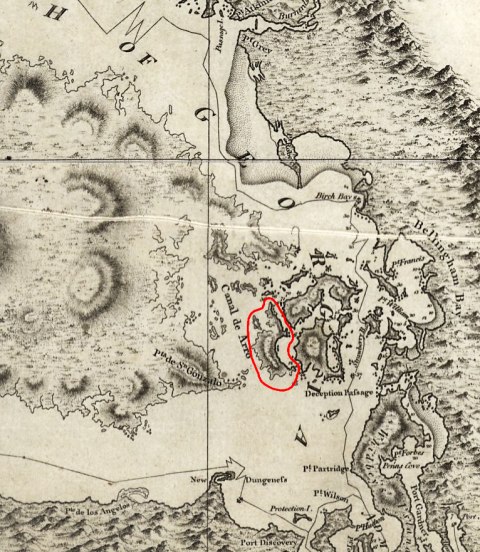 Meat To Please You

Pac-Man: The Untold Story of How We Really Played The Game

Dan discovers a vinyard whose name makes it sound like it was something he came up with.

Useless Duck Company (YouTube) At the moment at which he described the machine’s success, I completely lost it.