#challengerobin continues unexpectedly into a new day as I bet Robin a tenner that he can’t jump a river without getting his feet wet. 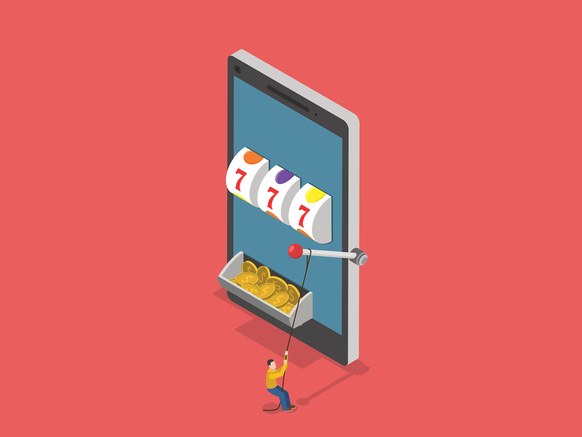 In early June 2014, accountants at the Lumiere Place Casino in St. Louis noticed that several of their slot machines had—just for a couple of days—gone haywire. The government-approved software that powers such machines gives the house a fixed mathematical edge, so that casinos can be certain of how much they’ll earn over the long haul—say, 7.129 cents for every dollar played. But on June 2 and 3, a number of Lumiere’s machines had spit out far more money than they’d consumed, despite not awarding any major jackpots, an aberration known in industry parlance as a negative hold. Since code isn’t prone to sudden fits of madness, the only plausible explanation was that someone was cheating…

Have you ever come across non-transitive dice? The classic set, that you can get in most magic shops, consists of three different-coloured six-sided dice:

If you want to beat your opponent, have them pick a die first. If they pick green, you take red. If they take red, you take blue. If they take blue, you take green. You now have about a 60% chance of getting the highest roll (normally you’d have about a 33% chance of winning, and a 17% chance of a draw, so a 60% chance is significantly better). To make sure that you’ve got the best odds, play “best of 10” or similar: the more times you play, the less-likely you are to be caught out by an unfortunate unlucky streak.

The properties of these dice – and of the more-exotic forms, like Oskar van Deventer’s seven-dice set (suitable for playing a game with three players and beating both of your opponents) and like the polyhedral varieties discussed on Wikipedia – intrigue the game theorist and board games designer in me. Could there be the potential for this mechanic to exist in a board game? I’m thinking something with Risk-like combat (dice ‘knock out’ one another from highest to lowest) but with a “dice acquisition” mechanic (so players perform actions, perhaps in an auction format, to acquire dice of particular colours – each with their own strengths and weaknesses among other dice – to support their “hand” of dice). There’s a discussion going on in /r/tabletopgamedesign…

Here’s another non-transitive game for you, but this time: I’ve made it into a real, playable game that you can try out right now. In this game, you and I will each, in turn, predict three consecutive flips of a fair coin – so you might predict “tails, heads, heads”. Then we’ll start flipping a coin, again and again, until one of our sequences comes up. And more often than not, I’ll win.

If you win 10 times (or you lose 20 times, which is more likely!), then I’ll explain how the game works, so you know how I “cheated”. I’ll remind you: the coin flips are fair, and it’s nothing to do with a computer – if we played this game face-to-face, with a real coin, I’d still win. Now go play!