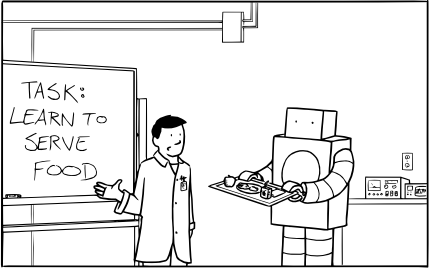 After three and a half years, webcomic LABS today came to an end. For those among you who like to wait until a webcomic has finished its run before you start to read it (you know who you are), start here.

At the moment at which he described the machine’s success, I completely lost it.

How did I get here?

While lying in bed, unwell and off work, last month, I found myself surfing (on my new phone) to the Wikipedia page on torsion springs. And that’s when I found myself wondering – how did I get here?

Thankfully, there’s always the back button: famously the second most-used bit of your web browser’s user interface. So… how did I come to be reading about torsion springs?

It’s fascinating to work out “how you got here” after an extended exploration of a site like Wikipedia (or TV Tropes, or Changing Minds, or Uncyclopedia – and there goes your weekend…). Thank you, Back Button.

I just wish I had a Back Button in my head so that I could “wind back” my wandering thought processes. How did I end up thinking about the salt content of airline food, exactly?