Quantum computing is all the rage. It seems like hardly a day goes by without some news outlet describing the extraordinary things this technology promises. Most commentators forget, or just gloss over, the fact that people have been working on quantum computing for decades—and without any practical results to show for it.

We’ve been told that quantum computers could “provide breakthroughs in many disciplines, including materials and drug discovery, the optimization of complex manmade systems, and artificial intelligence.” We’ve been assured that quantum computers will “forever alter our economic, industrial, academic, and societal landscape.” We’ve even been told that “the encryption that protects the world’s most sensitive data may soon be broken” by quantum computers. It has gotten to the point where many researchers in various fields of physics feel obliged to justify whatever work they are doing by claiming that it has some relevance to quantum computing.

Meanwhile, government research agencies, academic departments (many of them funded by government agencies), and corporate laboratories are spending billions of dollars a year developing quantum computers. On Wall Street, Morgan Stanley and other financial giants expect quantum computing to mature soon and are keen to figure out how this technology can help them.

It’s become something of a self-perpetuating arms race, with many organizations seemingly staying in the race if only to avoid being left behind. Some of the world’s top technical talent, at places like Google, IBM, and Microsoft, are working hard, and with lavish resources in state-of-the-art laboratories, to realize their vision of a quantum-computing future.

In light of all this, it’s natural to wonder: When will useful quantum computers be constructed? The most optimistic experts estimate it will take 5 to 10 years. More cautious ones predict 20 to 30 years. (Similar predictions have been voiced, by the way, for the last 20 years.) I belong to a tiny minority that answers, “Not in the foreseeable future.” Having spent decades conducting research in quantum and condensed-matter physics, I’ve developed my very pessimistic view. It’s based on an understanding of the gargantuan technical challenges that would have to be overcome to ever make quantum computing work.

Great article undermining all the most-widespread popular arguments about how quantum computing will revolutionise aboslutely everything, any day now. Let’s stay realistic, here: despite all the hype, it might well be the case that it’s impossible to build a quantum computer of sufficient complexity to have any meaningful impact on the world beyond the most highly-experimental and theoretical applications. And even if it is possible, its applications might well be limited: the “great potential” they carry is highly hypothetical.

Don’t get me wrong, I’m super excited about the possibility of quantum computing, too. But as Mickhail points out, we must temper our excitement with a little realism and not give in to the hype.

This white paper describes our current position on quantum key distribution (QKD). QKD is an approach to key distribution that relies on the properties of quantum mechanics to provide security.

For all the practical, business and security reasons given above, at this point in time we:

The UK should continue its research and development of QKD systems. But this should be balanced by a growing body of practical QKD vulnerability research, and accompanied by the development of methods for quantifying and validating the security claims of real-world QKD systems. Responsible innovation should be accompanied by independent validation.

Wise words from the NCSC here:while QKD continues to depend upon conventional components that often lack battle-testing they may have vulnerabilities. Furthermore, current implementations of quantum cryptography fail to address the bigger and harder problems of authentication and identity – key distribution, while not perfectly solved, is still something that we understand very well… and many real-world attacks target other parts of the process (which QKD does not seek to solve). 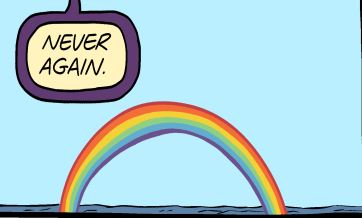