For the last six years I’ve kept a spreadsheet listing every parking spot I’ve used at the local supermarket in a bid to park in them all. This week I completed my Magnum Opus! A thread.

I live in Bromley and almost always shop at the same Sainsbury’s in the centre of town, here’s a satellite view of their car park. It’s a great car park because you can always get a space and it is laid out really well. Comfortably in my top 5 Bromley car parks.

After quite a few years of going each week I started thinking about how many of the different spots I’d parked in and how long it would take to park in them all. My life is one long roller coaster.

A glorious story from a man with the kind of dedication that would have gotten him far in CNPS back in the day (I wonder if Claire ever got past 13 points…).

This is the kind of thing that I occasionally consider adding to the list of mundane shit I track about my life. But then I start thinking about the tracking infrastructure and I end up adding far more future-proofing than I intend: I start thinking about tracking how often my hayfever causes me problems so I can correlate it to the time and the location data I already record to work out which tree species’ pollen affects me the most. Or tracking a variety of mood metrics so I can see if, as I’ve long suspected, the number of unread emails in my inboxen negatively correlates to my general happiness.

Measure all the things!

JUST LEARNED THERE ARE 16 OUNCES IN A POUND AND I AM FUCKING LIVID
SIXTEEN???
WHAT THE FUCK KIND OF NUMBER IS THAT

and then, oh my word, oh my fucking actual god
GUESS HOW MANY POUNDS THERE ARE IN A STONE
you’ll never get it, it would be fucking impossible to guess this
THERE ARE FOURTEEN POUNDS IN A STONE!!!!!!!!!!!!!!!!!!
THAT’S A COMPLETELY DIFFERENT FUCKING NUMBER! FYI!!!!
THERE’S LITERALLY NO WAY TO KNOW HOW MANY OUNCES ARE IN A STONE!! NO-ONE CAN KNOW THIS “but innes you can just multiply up the fourteen by sixteen and you’ll g-“
NO
MATHS HAS CLEARLY ABANDONED US. NUMBERS MEAN NOTHING AT THIS POINT
WHAT THE FUCK KIND OF ANTIQUATED JOKE SYSTEM ARE PEOPLE WORKING WITH
my mum: wow count yourself lucky you only need to learn your 10 times tables, when i was a kid we had to go up to 12
me, a child: oh, for weights and stuff?
mum, a liar: sure
TURNS OUT NO-ONE ON THE PLANET IS TRAINED TO WORK WITH THESE FUCKED UP NUMBERS. THEY JUST MAKE STUFF UP. NO-ONE KNOWS HOW MUCH A POUND IS BECAUSE IF THEY’D EVER USED THIS BULLSHIT SYSTEM THERE WOULD BE RIOTS
and then how many ounces go in a cup?
WHICH FUCKING CUP, AMERICA

HOW DO YOU ALL OWN THE SAME SIZE OF CUP

WHO HAS A MONOPOLY ON THE ONE GOOD CUP SIZE

you: uhhhh, sure. yeah. that’s like… 3 cups, probably. this is a great system.

THEN WE HIT THE BIG NUMBERS

PRESUMABLY. I ASSUME THAT’S THE ORDER WE’RE GOING IN
though judging from american dates IT IS KINDA HARD TO TELL
so what’s heavier, a ton of feathers or a ton of gold?
IT’S THE TON OF GOLD BECAUSE UNDER IMPERIAL MEASUREMENTS THESE ARE COMPLETELY FUCKING DIFFERENT SCALES
SEE ALSO: WOOL, COINS, MYSTERY ENGLISH ILLEGAL POUND, MISCELLANEOUS
THE ONE JOKE WHICH MAKES IT CLEAR THAT MASS IS A UNIVERSAL METHOD OF COMPARISON REGARDLESS OF MATERIAL HAS NO BEARING ON THE FUCKED UP BIZARRO WORLD OF YESTERDAY THAT IS THE IMPERIAL SYSTEM
I AM 30 YEARS OLD
I’VE GONE MY WHOLE FUCKING LIFE BELIEVING THE IMPERIAL SYSTEM WAS DIFFERENT, SURE, BUT I THOUGHT IT HAD AT LEAST SOME GROUNDING IN REALITY
but NO
I AM SO ANGRY RIGHT NOW
I CANT UNDERSTAND WHY YOU’VE DONE THIS TO ME

Have you ever wondered how many pounds are in a hundredweight? That’s an actual name of an actual measure. Go on, guess.

OF FUCKING COURSE IT DOES

WHY WOULD WORDS MEAN ANYTHING ANY MORE 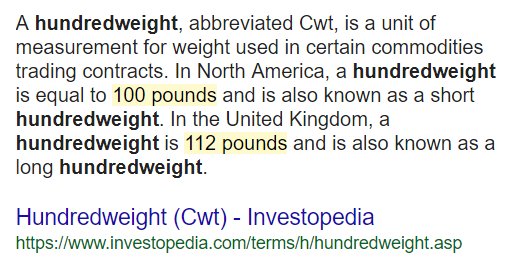 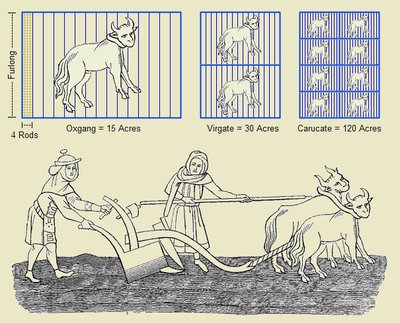