I made one final visit to retrieve the container from this increasingly inaccessible multi. Braved copious nettle stings to get there and back the “short way”, then began a quick tour of Kidlington to retrieve any surviving clue stages. Sad to see this one go, but the epic container will live on in a future cache, someday!

For a brief period during the 1930s, Kidlington was home to Oxford Zoo, a local attraction celebrated by an earlier geocache. Among the zoo’s exhibits in its later years were three Siberian wolves, which were housed in an enclosure at the far end of the site. In January 1937 the wolves escaped, briefly causing chaos in the village and the surrounding area. 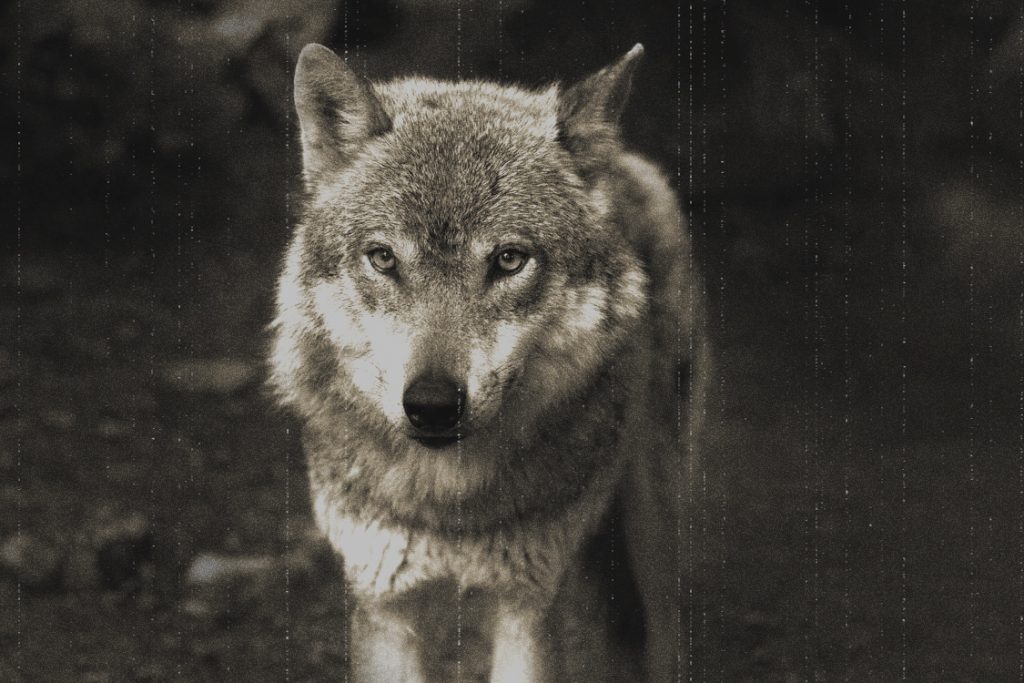 This cache is one of a series of three – one for each escaped wolf – following in the pawsteps of the escapees. While the research behind their escapes is genuine, some liberties have had to be taken with the locations in order to ensure that the caches could be appropriately-placed: don’t take the locations of the caches in this series as actual locations of 1937 wolf sightings – they’re meant to be representative, not exact!

Unlike the first and second wolves, who were found soon after their escape, the third wolf spent several days “on the run” and was blamed for the deaths of 13 sheep from Stratfield and Peartree farms. The last wolf was eventually hunted down by local press photographer Johnny Johnson, who, while armed with a shotgun, “borrowed” a bicycle from a passing cyclist (he allegedly gestured with the weapon and said “Lend me your bike, chum,”) in order to give chase to the animal, following a tip-off from some local children.

In recognition of the third wolf’s longer escape, this cache is presented as a physical multicache. The coordinates given are of the first of three containers, the last of which is the geocache itself: each points to the next and tells a little more of the story. The first two containers are pushchair-accessible and suitable for “cache-and-dash”, but the third and final waypoint is beyond far more-rugged terrain: you don’t need to dress like you’re hunting a wolf, but you’ll probably want sturdy footwear and thick trousers. The cache is a larger-than-average “medium”-sized container hidden almost in plain sight, but your journey to it will likely involve negotiating your way past long grass and thorny plants. I’ve seen deer almost every time I’ve visited the cache location; I like to think that the wolf would have been interested to see them, too.

Please take care to screw the lid of the cache back on tightly to engage the watertight seal, and place it back as you found it: the GZ doesn’t see much footfall so you’re unlikely to need much stealth, but the size of the container means that it needs to be placed in a way that makes it look like it belongs, so that it doesn’t get disturbed.

Update (September 2019): A number of ‘cachers have found the footpath to the GZ heavily overgrown and inaccessible. I’ve increased the terrain rating to 3.5 accordingly (the path is usable, but only barely), but be advised that there is an alternative footpath. For a clue as to the direction from which it comes, see the video in this log.

You can log this geocache at any or all of the following: