I’ve been thinking a lot lately about the messages we send to our children about their role, and ours as adults, in keeping them safe from people who might victimise them. As a society, our message has changed over the decades: others of my culture and generation will, like me, have seen the gradual evolution from “stranger danger” to “my body, my choice”. And it’s still evolving.

But as Kristin eloquently (and emotionally: I cried my eyes out!) explains, messages like these can subconsciously teach children that they alone are responsible for keeping themselves from harm. And so when some of them inevitably fail, the shame of their victimisation – often already taboo – can be magnified by the guilt of their inability to prevent it. And as anybody who’s been a parent or, indeed, a child knows that children aren’t inclined to talk about the things they feel guilty about.

And in the arms race of child exploitation, abusers will take advantage of that.

What I was hoping was to have a nice, concrete answer – or at least an opinion – to the question: how should we talk to children about their safety in a way that both tries to keep them safe but ensures that they understand that they’re not to blame if they are victimised? This video doesn’t provide anything like that. Possibly there aren’t easy answers. As humans, as parents, and as a society, we’re still learning.

Further watching, if you’ve the stomach for it: this Sexplanations episode with Dr. Lindsey Doe and Detective Katie Petersen.

My 17 year old daughter generously sat down with me to talk about consent — her personal experiences with it, humor of it, nonverbal versions, and how to respond to rejection. We talked about her thoughts on the Dear Boy Who Likes My Daughter episode, how she perceives my romantic relationships, what makes a good cuddle partner, and being resourceful after trauma. There’s laughing and crying and lots of proud mama.

I’ve been gradually catching up on Dr. Doe‘s Sexplanations podcast; I’m up into the 30-somethings now but my favourite so far might have been episode 25, which presents a very authentic and raw look at Lindsey and her daughter Des’s thoughts on sex, romance, and consent. Adorable. 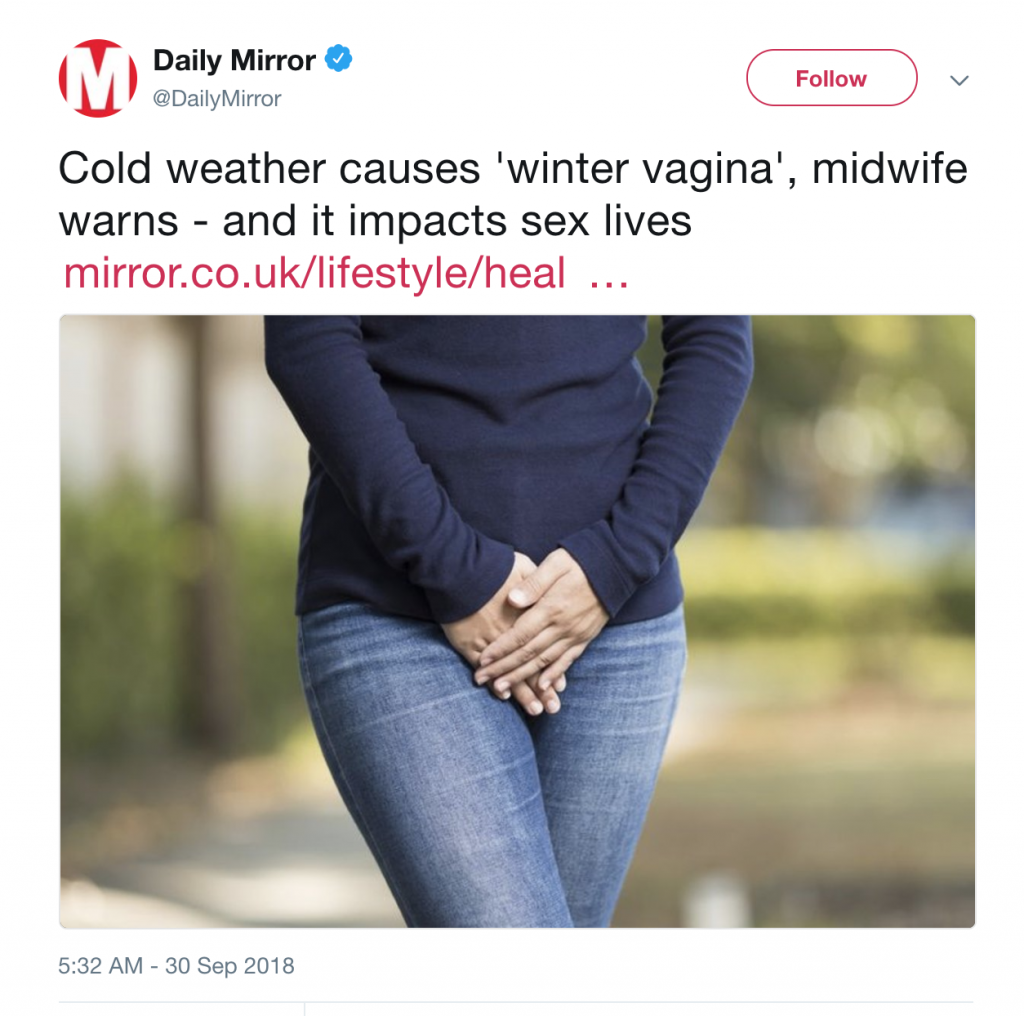 I don’t know whether I should describe this as being hilarious despite not having a vagina, or because of not having a vagina, but honestly it was side-splitting however you look at it. Gynaecologist/author/blogger/educator/blogger Dr. Jen Gunter points and laughs at a Daily Mirror tweet discussing “winter vagina”, and provides her own tips for dealing with the phenomenon. Warm up the mulled wine, ladies!