Much thanks to Ruth and Paul for running an awesome murder mystery party last night, and to Rory for snapping some great photos. We played Death By Chocolate, in which American tycoon Billy Bonka had been murdered, but by whom? 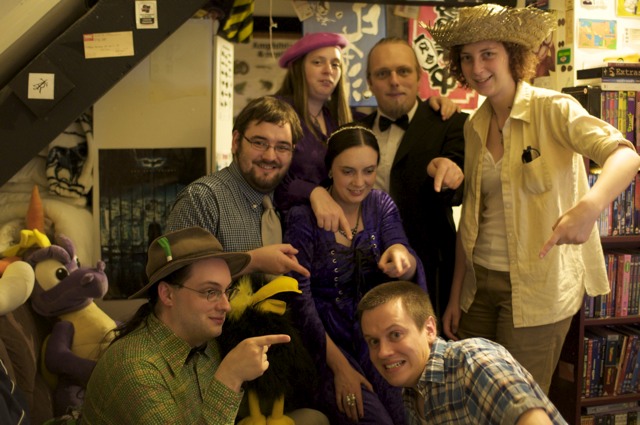 Most remarkably, it wasn’t Paul’s character this time, as has become traditional. Instead, it was Rory’s: Mike Bison – a loudmouthed American boxer who Rory really brought to life (and whom the rest of us – all “civilized” Europeans – mocked mercilessly). I might have guessed correctly – Claire did – if it weren’t for the fact that I disregarded some of Claire’s character’s – Dame Barbara Carthorse’s – observations because she presented it so drunkenly. That’ll teach me! 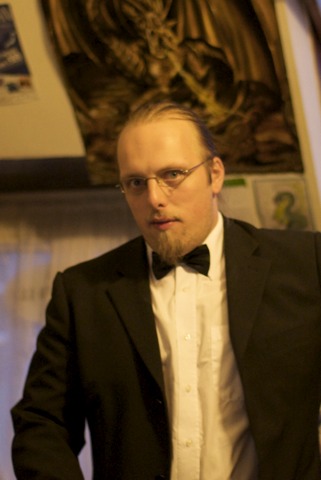 I played Dr. Sigmund Fraud, pre-eminent psychoanalyst, which was a fabulous role to be cast as, because it gave me license to blame everybody’s faults on the forgotten traumas of their youth. And also talk about phalluses (phalli?) a lot. 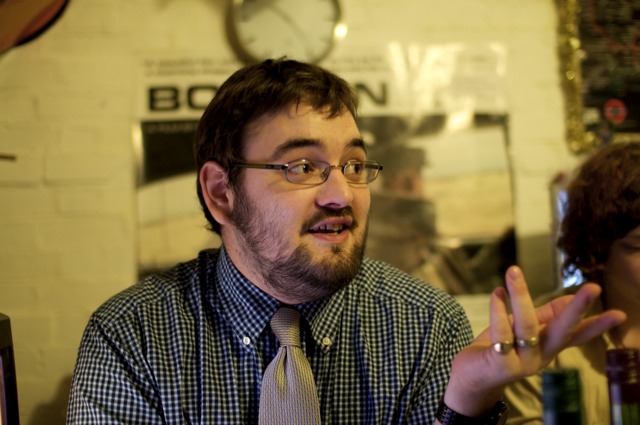 Much credit also due to JTA (Monsoir ‘Chocolate’ Bertrand, rival chocolatier to the deceased), whose already-awesome French accent only became more ludicrous and pronounced as he got more and more drunk, and to Elizabeth (Dr. Doris Johnson, explorer, adventurer, and expert in Aztec culture), who was brave enough to come along to one of these things for the first time, and survived. 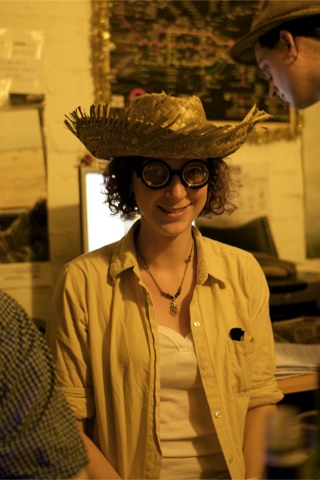 Ruth and I have started talking about the potential for the next one to take place near the end of October. Hope everybody can make it!

If you’re planning to come to Cardiff Is Amazing next month, there’s some information on the website.

What do you mean, there’s not much information on it? That’s because you haven’t typed it yet! Get on with it, then!